HGH and Its Effects on Weight Control

Can a naturally producing hormone in our body that encourages growth and development be a calorie counter’s dream coming true? The quest to manage weight control has some individuals ingesting human growth hormone (HGH) in any way they find more convenient, such as HGH powders, pills, and injections.

Case in point, there have been several studies conducted in the past few years that exhibit positive results between increased growth hormone and weight loss. However, some individuals are still not influenced by these reports, finding it harder to make a final call when using HGH to control obesity and fat loss.

If that’s the case with you, you’ve come to the right place to untwine your skepticism once and for all. In this article, we’ll explain in detail what human growth hormone is and how effective it can be to manage weight control and obesity in the long run.

What Is Meant By Hormone?

In simple terms, hormones can be defined as chemicals released by cells in our bodies. These naturally occurring chemicals are meant to be detected by other cells, assisting them in altering the way they function. Therefore, we can effectively conclude hormones as chemical messengers or agents that play a significant role in dictating how the body should operate. Synthetic hormones may be created and administered in many other forms of drugs to treat various medical conditions and ailments.

What Is Human Growth Hormone?

Human growth hormone (HGH) is a natural hormone produced by the cells present in the pituitary gland found in our brains. HGH production begins as early as in the womb while continuing throughout our lives, though at a lesser rate. Moreover, the production rate of growth hormones can be altered due to several other internal and external factors as well.

For example, HGH secretion is increased with the help of:

On the contrary, HGH secretion is reduced due to the following factors:

Growth is a severely complex process that requires complete coordination from multiple naturally occurring hormones in our body. The most prominent role of growth hormone in this aspect is to stimulate the liver and other organs to secrete IGF-I. Once that happens, IGF-I stimulates the proliferation of cartilage cells (chondrocytes), resulting in bone growth.

In addition, IGF-I is proved to be the key player in our muscle growth and enhancement. It actively stimulates the differentiation and proliferation of myoblasts while also reviving amino acid uptake and protein synthesis in our tissues and muscles.

These simple yet critical internal operations exhibit why human growth hormone directly effects our bodies’ growth and how its deficiency can prove detrimental to our health.

Now that we know what human growth hormone is and how it works, let’s work out how this naturally producing hormone prompts metabolic effects in our system.

The direct effect of the growth hormone on our metabolism has been demonstrated in several recent pieces of research. However, in a few studies, IGF-I, crucially associated with HGH, is thought to be the critical mediator. On the third hand, several studies reflect how both HGH and IGF-I pose direct and indirect metabolic effects to our system.

Therefore, growth hormone casts pronounced effects on lipid, protein, and carbohydrate metabolism, whether it’s a direct approach or an indirect one. Either way, growth hormone is the crucial initializer.

To put things into further context, let’s review precisely how HGH is related to the primary metabolic factors:

Growth hormone actively stimulates protein anabolism in several of our body tissues. This, in turn, increases amino acid uptake and protein synthesis while posing a decrease in the oxidation of proteins.

Lastly, HGH serves to maintain blood glucose, keeping it within a normal range. This natural hormone is said to leave an anti-insulin effect since it suppresses the related abilities to stimulate glucose uptake in peripheral tissues while enhancing glucose synthesis in the liver. Somewhat contradictorily, this administration of growth hormone stimulates insulin secretion, which undeniably leads to hyperinsulinemia.

How Is Human Growth Hormone Used to Manage Weight Control?

In general, growth hormone reduces obesity when it targets two enzymes that control the conversion of triglyceride into FFA or free fatty acids (lipolysis) and fat accumulation (lipogenesis). These hormones are referred to as lipoprotein lipase (LPL) and hormone-sensitive lipase (HSL). Since HGH deficiency also means a scarcity of these vital fat-breaking hormones, individuals facing obesity-related problems are usually known to have comparatively low HGH levels.

Furthermore, human growth hormone decreases the uptake of free fatty acids (FFAs) through adipocytes, also known as fat storage cells. This action inhibits LPL, which also controls the buildup of triglycerides in the fatty tissue. When LPL breaks down triglycerides, it releases the FFAs that are later taken up by fat cells. In addition, growth hormone pursues the body to reduce the usage of sugars, glucose, and proteins by using FFAs as an energy source. This impact of HGH in bringing down LPL activity is much more significant in terms of fat deposits in the human abdomen than in subcutaneous fat. Some other hormones that impact LDL are insulin, catecholamine, testosterone, and estrogen.

In conclusion, free fatty acids circulating within the body reduces HGH’s release produced in the pituitary gland. Therefore, the increase in FFA in overweight individuals, occurring due to greater fatty tissue mass, is partially responsible for the lower production of HGH levels. Not to mention, the increased level of IGF-I detected in obese individuals is said to harm HGH production.

Growth hormone consistently assists HSL in breaking down the stored triglycerides into FFAs and glycerol. This compels the body to utilize FFAs as fuel sources elsewhere. Since the glycerol present in triglyceride has to be removed to allow FFAs to exit the fat cell, HGH elevates the abundance of receptors that recognize the hormones produced to stimulate HSL activity. This also prevents the breaking down of messengers present in the cell that allow the related detrimental effects to take place in the first place.

Human growth hormone also has a direct impact on the maturity and number of fat cells. Even though HGH invigorates the production of pre-fat cells due to IGF-I, it prevents them from maturing at a later stage. Moreover, growth hormone is studied to oppose skeletal muscle breakdown during exercising and fasting. When an individual consumes very few calories, the said hormone promotes the body to use the excess fat to restore energy rather than elevating sugar or protein levels. This further proves the connection between HGH and weight control and how the prior is necessary to cut down the necessary fat in obese individuals.

While the effectiveness of human growth hormone in managing weight control and obesity has been under debate for a long time now, a fair number of studies suggest a positive link between both attributes.

For example, a study conducted in 2003 revealed that while HGH plays an essential role in keeping the fat cells under control, it doesn’t enhance weight loss or preserve lean tissue mass. However, upon further review by different scientists, it was concluded that the said study doesn’t provide any solid evidence to support the claims made within.

Besides, several other studies have reported since then, reflecting upon how HGH effectively decreases fat mass, especially visceral fat. These long-term studies were performed on adults with growth hormone deficiency either suffering from a pituitary disease or had low GH levels due to obesity. One of the reports strongly suggested that GH replacement, either with or without exercise and diet, effectively reduces VAT (visceral adipose tissue) or improves lipid abnormalities in adults facing GH deficiency.

Similarly, another recent study concluded that GH therapy effectively decreases visceral adipose tissues in adults dealing with GH deficiency who are also striving to reduce their cardiovascular risk while having their treatments.

A further study exhibited a gradual yet significant reduction in visceral obesity, which is intricately linked with psychological stress and anxiety. It demonstrated a 1.6-fold increase in weight loss with a concurrent increase in lean body mass.

Finally, it has also been proven multiple times that negative results in studies or trials against HGH are often due to the administration of high doses of hormones, which further leads to even higher levels of insulin. This, in turn, leads to increased formation of fat, offsetting the lipolytic effect of the human growth hormone.

In conclusion, as long as you’re using HGH for weight control after consultation with a doctor or pharmacist regarding the dosage, you’ll be receiving positive results in the long run for sure. 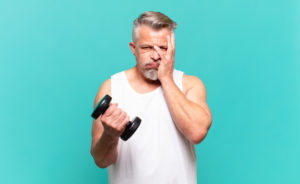 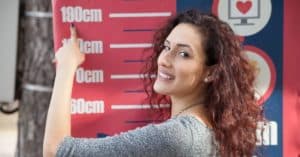