HGH and its Effects in Bodybuilding and Weight Training 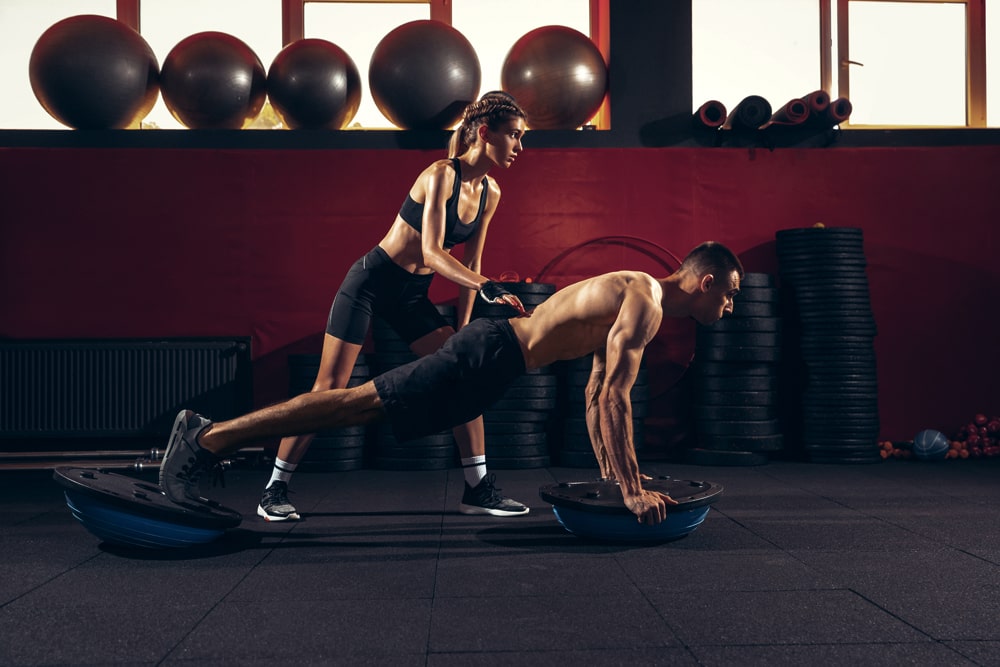 Human growth hormone is an essential hormone produced by the body’s pituitary gland. Its main function is to stimulate growth and development, maintain one’s tissues and organs, and slow down the aging process. Some people produce more HGH than the average person while others produce less growth hormone. For people who are into weightlifting and bodybuilding, human growth hormone is crucial for building muscle mass, burning body fat, and boosting metabolism.

Some individuals who are looking to take their physiques to the next level take synthetic growth hormone which is common in bodybuilding competitions and the like. But how does synthetic growth hormone affect your body and what are the potential side effects of using them? This article will explain everything you need to know about HGH in regards to using them for bodybuilding and weight training.

Because of its perceived benefits in both strength and muscle growth, it’s not uncommon for athletes to use HGH to gain a competitive edge. HGH is oftentimes injected as a supplemental drug along with other performance-enhancing drugs like steroids. According to research from the Garvan Institute of Medical Research in Australia, HGH does benefit athletes in certain activities, but it isn’t as big of a difference as most people think.

The study consisted of 103 male and female recreational athletes aged 18-40 and was divided into two groups. One group received HGH injections while the other group received a placebo injection of a salt/water solution. All of the participants performed several different activities like weight lifting, aerobics, and more.

After two months, researchers discovered that there was a 4% increase in the speed at which the HGH athletes were sprinting on the bike. That was the only noticeable improvement that they witnessed. Other factors like strength, endurance, and power from the HGH group compared to the non-HGH group remained roughly the same and there was little to no benefit from using HGH in that regard.

Of course, the study is quite limited in nature as the dosages used were less compared to those that professional athletes were using. The National Strength and Conditioning Association also conducted their own research on HGH and its impact on athletic performance and concluded this in their 2009 review.

“”Human growth hormone increases lean body mass within weeks of administration; however, the majority of the change is within the water compartment and not in body cell mass. Human growth hormone is unlikely to be administered as a single agent but often in combination with androgens. Combined administration of hGH and resistance training is associated with minimal gains in lean body mass, muscle size, and maximal voluntary strength in men compared with resistance exercise alone.”

“”Claims regarding the performance-enhancing properties of growth hormone are premature and are not supported by our review of the literature. The limited published data evaluating the effects of growth hormone on athletic performance suggest that although growth hormone increases lean body mass in the short term, it does not appear to improve strength and may worsen exercise capacity. In addition, growth hormone in the healthy young is frequently associated with adverse events.””

Side Effects of Using Growth Hormone in Training

The use of HGH comes with its own side effects, many of which are experienced by both men and women. Such side effects can be felt when using both prescription HGH and illicit HGH and may affect older adults more. While the long-term effects of HGH are yet to be discovered, the short-term effects have been well-documented. Here is a list of unlikely side effects when using growth hormone:

The following have been reported but are infrequent or rare:

Is HGH good or bad for bodybuilding?

In their quest to achieve a hulking and chiselled physique, bodybuilders are no strangers to using HGH. From an effectiveness perspective, there is a divergence in opinions. Some users believe that HGH is critical when competing at the big stages while others say that HGH isn’t as effective at stimulating muscle growth as anabolic steroids do.

From a health standpoint, there have been zero documented deaths related to HGH use and it isn’t as dangerous as some of the more powerful steroids out there. But the potential side effects are there and one should consider them very carefully before turning to HGH to aid with muscle growth.

We all need human growth hormone. It’s what helps repair healthy tissue in our bodies, especially when doing weight training and bodybuilding activities. But HGH is not a miracle drug that will vastly improve your aesthetics or performance. Although HGH may help with the growth of collagen tissues like bones, ligaments and tendons, you’re unlikely to see huge benefits to your gains when you take in more HGH than what your body produces.

HGH and Its Effects on Weight Control

Can a naturally producing hormone in our body that encourages growth and development be a calorie counter’s dream coming true? The quest to manage weight

Benefits of HGH Treatment for Women

A decrease in human growth hormones (HGH) in women can lead to various health problems, including skin aging, insomnia, and obesity. Moreover, as women age,

The following article revolves around the following product: Bayer Nebido 1000mg/4ml, Solution for Injection Due to frequent regulatory changes, the information you find here may