GHD is more common in children than adults, and usually results in shorter-than-normal height or delayed puberty if left untreated.

Growth hormone deficiency can either be congenital or late-onset, and usually occurs as a result of several causes, including:

The symptoms of GHD in children can vary from person to person, some common noticeable signs include:

The signs and symptoms of GHD in adults aren’t as specific as those in children. Most adolescents and adults having GHD may experience a combination of symptoms, including:

The recent treatment for GHD in both children and adults involves the injection of synthetic recombinant HGH or rHGH under the skin. There are number of FDA-approved products that have widely been used as the treatment of GHD and other related diseases, such as Prader-Willi syndrome or Turner syndrome.

However, rHGH supplement can be associated with some adverse effects, including muscle pain, scoliosis, headache, and the development of diabetes.

GENOTROPIN is a prescription synthetic rHGH used for the replacement of growth hormone in both children and adults. Also, GENOTROPIN has been approved by FDA for its safety and effects of GHD therapy for decades.

One of the portable options from Pfizer, GENOTROPIN 36 IU GoQuick Pen, is an easy-to-use product in the disposable pre-filled pen form that is very convenient for you and your family.

Growth hormone is a treatable condition. With early recognition, most patients often recover very well. If you or your kids experience any symptoms of GHD, then go seeing a doctor for the proper treatment. 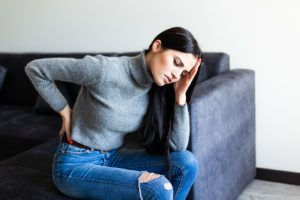 Hormones play a key role in our health and are crucial for our body to function properly. Our body and organs cannot operate well when

How to Choose the Right Human Growth Hormone

Human growth hormones (HGH) are essential for your body to grow and function properly. It is naturally produced by the brain’s pituitary gland. However, if